"Don't let your past define your future!"

“Though I dimly suspected whither I was going and whom I was to behold (for no distinct intimation had been given to me), a second or two elapsed ere, with a throb of wonder and awe, I became definitely conscious that the room was not untenanted. In the corner where the divan met the wall sat a wondrous and venerable figure… The face of him on whom I gazed I can never forget, though I cannot describe it. Those piercing eyes seemed to read one’s very soul; power and authority sat on that ample brow… No need to ask in whose presence I stood, as I bowed myself before one who is the object of a devotion and love which kings might envy and emperors sigh for in vain! A mild dignified voice bade me be seated, and then continued…”

Praise be to God that thou hast attained!…Thou hast come to see a prisoner and an exile…We desire but the good of the world and the happiness of the nations; yet they deem us a stirrer up of strife and sedition worthy of bondage and banishment…That all nations should become one in faith and all men as brothers; that the bonds of affection and unity between the sons of men should be strengthened; that diversity of religion should cease, and differences of race be annulled — what harm is there in this?…Yet so it shall be; these fruitless strifes, these ruinous wars shall pass away, and the ‘Most great Peace’ shall come… Do not you in Europe need this also? Is not this that which Christ foretold?… These strifes and this bloodshed and discord must cease, and all men be as one kindred and one family… Let not a man glory in this, that he loves his country; let him rather glory in this, that he loves his kind.

Do you know who Professor Edward Granville Browne was describing?

Personal One to One Life Coaching

Effective Life Coaching is achieved when you have reached a place in your life when you are ready and perhaps hungry for change and you have found a Life Coach that you trust.
Next Steps

If you are looking for a heart-felt, experienced and motivational speaker, just ask me to check my calendar. I can speak on a variety of topics such as 'Women in Business', 'The Value of Diversity', 'Creative Action During Covid-19'... and much more.

I am committed to empowering and motivating professional business women and men with one-to-one coaching and business mentoring. With my passion for results and success I'll ensure that together we will definitely move your business forward and get great results!
Get Results

What my clients say

My job is going fantastically well and there are no signs of the crisis of confidence that had affected me so badly. I would strongly recommend speaking with Anthony, whether it’s related to work or personal matters. It has helped me hugely and I suspect it would help you too.
Jon Wood, Financial Advisor

Anthony, you have a natural ability to bring out the positive side in people. Your encouragement has given me the confidence to succeed and support others... Thank you for everything.
Ozlem Graves, UK & Turkey, Textile Designer 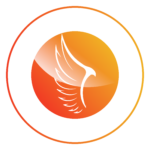